Upper terminus of the historic Wellington Cable Car, looking down towards the harbour

Sometimes getting lost or taking the wrong road is the best way to discover new places and things you might otherwise have missed or passed over. Somehow even with Google maps I seem to discover such things all the time.

This morning I walked partway up the nearest hill to the suburb of Kelburn, to pick something up from MetService. There’s a cable car, or rather funicular, that runs up the hill, but I decided to stretch my legs and find my way up on my own at least for the first time.

It was a nice hike up, but I thought it interesting I seemed to be often crossing the streets as the sidewalks kept suddenly ending and then starting up again on the other side of the road.

MetService, where I’ll be working

The MetService building is located on the edge of the Wellington Botanic Garden, with some nice views over downtown to the harbour. The gardens are large and beautiful, and I spent a good couple of hours or so wandering around on some of the many paths. There were a lot of flowers blooming even in the middle of winter, further testament to how mild it’s been.

MetService, from the Australia Garden in the Wellington Botanic Garden 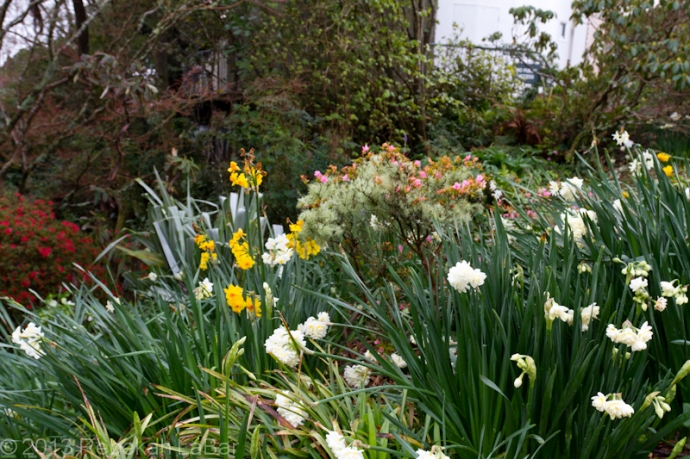 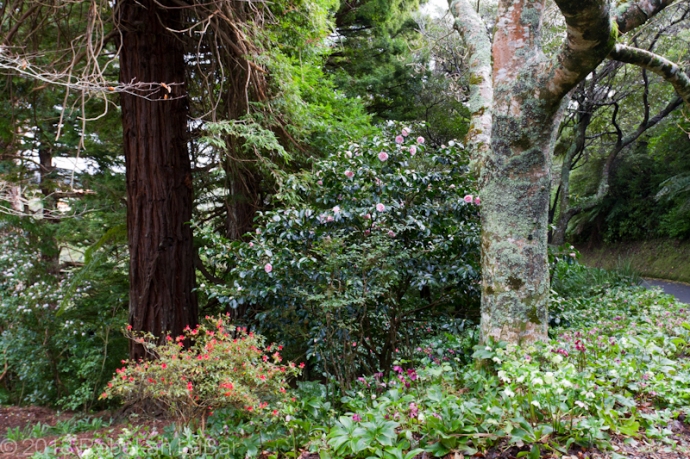 There are several other points of interest in the gardens, including a cable car museum just off the upper terminus of the track. Part of the museum was closed for maintenance, but the part that was open was very interesting, with photos and histories of the old cable car / funicular hybrid that was opened in 1902, to the more updated funicular that replaced the cable car in 1979.

Just outside the museum and upper terminus of the cable car

I intended to leave the gardens sooner than I did, to go eat lunch, but I got confused as to which direction was which; though at least this led to seeing more beauties. I may have a geography degree but I never did have an internal compass. 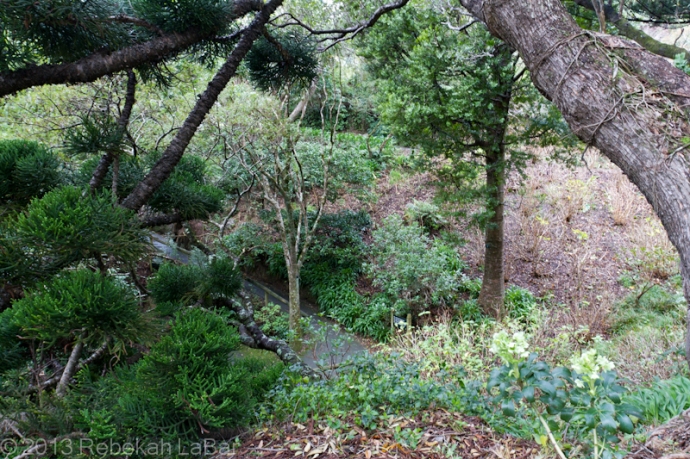 Coral trees on the left, The Treehouse on the right (didn’t take the time to explore it this time) 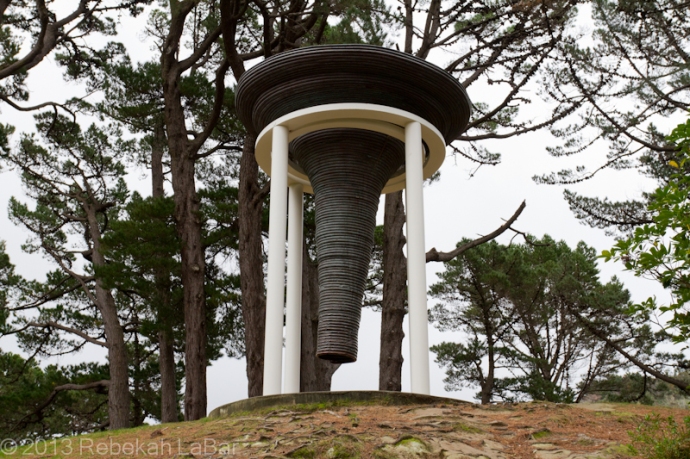 This caught my attention, a tornado-shaped structure! It was designed so the sounds of Wellington could be concentrated and heard if you stand in the funnel. I tried, but didn’t hear much. Maybe would have helped if it had been windier. It was surrounded by some of the oldest trees (pines, Pinus radiata) planted in Wellington, in 1871.

Once I headed back down the hill, I walked east to Oriental Bay, where I had a bowl of the most delicious chili cheese nachos at a little café. Another good accidental discovery.

I came back to the CBD via Cuba Street, a more active part of Wellington with shops and food. My favorite stop was a quaint old bookstore. It was fun to see so many books about New Zealand that would be hard to find anywhere else. 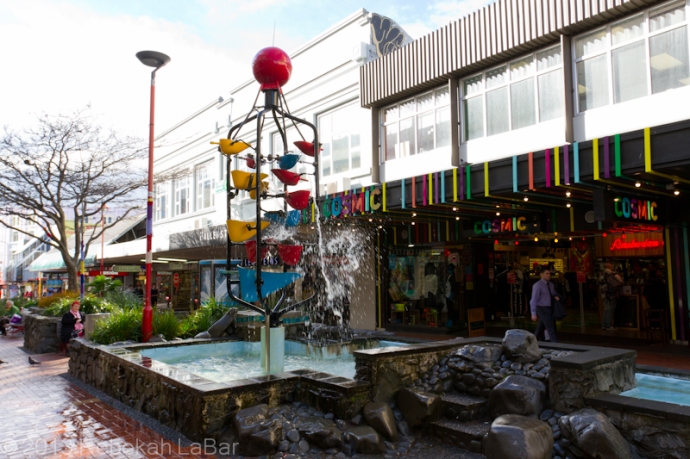 A cool bucket fountain on Cuba Street; the buckets fill with water and somewhat randomly tip over.

Late in the afternoon I went to my first New Zealand grocery store. The closest one to me is called New World, with a store just a few blocks away.

Everyone was just getting off work, and the little store was very busy and had very skinny aisles. Trying to figure out what was called what was sometimes amusing (e.g., ketchup = tomato sauce, where in the States that is something else), and it was cool to see so much produce advertised as from New Zealand and Australia (though the grapes I got were all the way from the USA!). 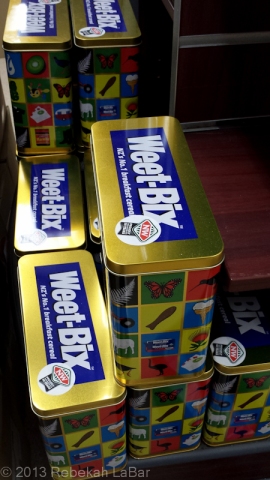 I’ve heard the British talk about 100’s and 1000’s like the US cake sprinkles, but what is chocolate hail?! Not sure, but it sounded cool.

Also buying meat and other food in units of kilograms instead of pounds, and milk in liters instead of gallons, was to be expected but still reminded me that I’m not in Kansas anymore. It was a fun experience, but I look forward to going back or going to another store when it’s not so busy I feel I have to be in a rush and pretend I know just what I’m doing!

I’ve heard Aussies and Kiwis mention TimTams, but I wasn’t quite sure what they were until today. I had to try some, and I found them quite a delicious dark chocolate cookie, or biscuit as they’re called.

Have I mentioned how I like the different colors of New Zealand money? And I like how they commemorate people who they think have contributed something important to the country (e.g., Sir Edmund Hillary and Ernest Rutherford) other than just presidents or politicians. Though the queen on the $20 note and the coins would be about the equivalent. Not that America’s weren’t great, it’s just different. The 10 cent coins do confuse me a bit though, as they’re about the same size and color as a US penny, so I always have to double check which coins are which.

Alright, tomorrow’s another day, with more wanderings to come. 🙂

PS It’s howling like a banshee outside tonight; must be those Wellington winds everyone talks about!

3 thoughts on “Wandering Around Wintry Welly”